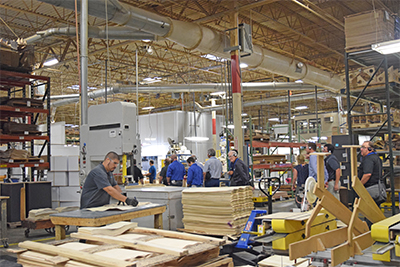 If you work in a sawmill, furniture or other type of woodworking plant, dust and larger wood and bark particles are inescapable problems of the wood-based industries.  From sawmills to wood working plants, control of dust is a key objective.

Whether you run a sawmill, furniture or other type of woodworking plant, Air-Cleaning BlowersTM can help.  Originally developed for heavy industries such as steel, mining and fertilizer plants, ACBs are so effective that they are used by the US military in the Middle East to keep air conditioners cooling in a sandstorm.