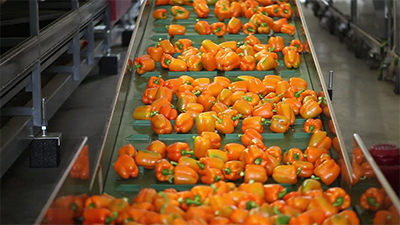 If you work in or manage a foundry, food-processing plant, or other kind of factory, dust and frequent close proximity to fellow workers and their germs are inescapable byproducts of industrial activities, and the need to control them is growing with the increase in environmental controls and of risks to employee health.

Developed specifically to remove particles in tough, dusty environments without using filter elements, Air-Cleaning BlowersTM (ACBs) can remove most kinds of industrial and mining dusts as they blow out clean air.

Unlike cyclonic systems, spin blocks and other momentum-based systems, ACBs just throw the debris out.  No wasted energy, reduced air pressure nor clogging of valves and secondary blowers.  They also eliminate the need for compressed air, and the energy needed to produce it, that many “self-cleaning” systems use to blow out accumulated debris.

ACBs also remove rain, mist and snow from the air, which keeps the air dryer and reduces the load on air conditioners and other dehumidifying equipment.  Another benefit:  unlike filter media, they will not become wet—or freeze up—and stop air from passing through.

Whether you run a recycling plant, build dams or buildings, or demolish them, Air-Cleaning BlowersTM can help.  Originally developed for heavy industries such as steel, mining and fertilizer plants, ACBs are so effective that they are used by the US military in the Middle East to keep air conditioners cooling in sandstorms.

Another benefit that We Clean Air can provide is our Safety Halos®.  Designed to remove even tiny particles, Safety Halos® can help protect both people and produce in the work areas.

By installing a Safety Halo® directly over the produce stations they will provide a cone of gently-pressurized flowing air that will block or capture and carry away germs and other contaminants exhaled or brought in on clothing.  It will also help blow away germs that a worker exhales to help reduce reinfection and protect others.

In addition, the Safety Halo® will also help reduce the overall number and concentration of germs in the room and can do the same if another Safety Halo® is installed as well.

The Safety Halo® is easy to install without machinery and can be done quickly.  The Safety Halo® works by pulling the dirty germ-filled air into its housing to filter it.  First, it passes through a pre-filter at the point of entry that extracts larger dust particles from the air.  Then the air flows through a HEPA filter element to clean out germs and other tiny contaminants.  After the HEPA filter, the air then blows out of the bottom of the Safety Halo® to replace the dirty air in the room.  Having the pre-filter on this unit helps prevent the HEPA filter from clogging quickly and greatly extends its life.  This will significantly cut down replacement and maintenance costs.

Incidentally, with an optional Air-Cleaning BlowerTM instead of an ordinary pre-filter, a Safety Halo®  can also protect a worker at his station or machinery in a dirty working environment by keeping both cleaner and removing particles as small as those in many types of smoke.