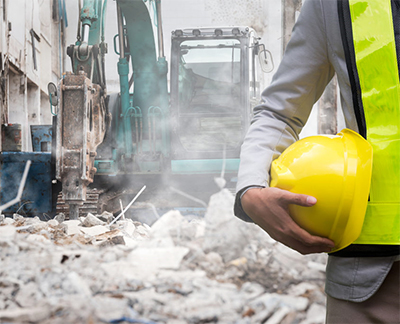 Working in construction, demolition or recycling, dust is an inescapable byproduct of your job, and the need to control it is growing with the increase in environmental controls.

Developed specifically to remove particles in tough, dusty environments without using filter elements, Air-Cleaning BlowersTM (ACBs) can remove most kinds of construction, demolition and recycling dusts while blowing out clean air for ventilation, pressurization keeping equipment, you, and your co-workers cleaner.

Whether you work at a recycling plant, build dams or buildings, or demolish them, Air-Cleaning BlowersTM can help.  Originally developed for heavy industries such as steel, mining and fertilizer plants, ACBs are so effective that they are used by the US military in the Middle East to keep air conditioners cooling in sandstorms.